When you are driving, being alert and ready is key in getting you to your destination safely. There are so many possible distractions nowadays and it is so important to train yourself to not get easily distracted when you are driving. The biggest distraction for drivers is the mobile phone. Despite the fact that using them when driving is killing people on Irish roads, rational, intelligent people continue to text, make phone calls, take selfies or update their social pages while driving.
Making a call will make you four times more likely to crash. Texting: a staggering twenty-three times more likely. Research published by the RSA in 2015 showed that your mobile phone makes you 4 times more likely to crash. Driving while holding a mobile phone incurs three penalty points and a €60 fine in the first 28 days, which goes up to 5 points at the conviction and €90 if not paid in the first 28 days. The Gardai have enforced strict rules on mobile phone use as they are distracting to drivers.

There are many possible distractions when you are driving and tiredness or fatigue is a real issue. Fatigue is the physical and mental impairment brought about by inadequate rest over a period of time. Ideally, people need 7/8 hours’ sleep every night. Drivers suffering from a sleep debt are at risk of ‘nodding off’ whilst driving and substantially increasing their risk of being involved in a crash. It is estimated that driver fatigue is a contributory factor in as many as 1 in 5 driver deaths in Ireland every year. Furthermore, tiredness-related collisions are 3 times more likely to be fatal or result in a serious injury because of the high impact speed and lack of avoiding action. A survey of drivers’ attitudes to driver fatigue conducted by the RSA in 2014 revealed that over 1 in 10 motorists has fallen asleep at the wheel.  The survey also found that motorists who drive as part of their work, and motorists who admit to driving after taking any amount of alcohol, had a higher than average incidence of falling asleep at the wheel (almost 1 in 5 fell asleep at the wheel).

The RSA has the following advice for tired drivers:

Using mobile and phones and tiredness are 2 the biggest factors in road traffic incidents in Ireland. There are so many other distractions like daydreaming, having friends in the car and of course alcohol. It is important when you are driving that you concentrate at all times. Always focusing on the roads ahead and not following the car in front of you. Following the car in front of you, without looking ahead to see what other road users are doing can lead in all types of driving errors such as breaking traffic lights or stopping in yellow boxes and blocking junctions. Mistakes like these are really embarrassing and could result in penalty points and fines.

Being alert and focused is key to being a safe and competent driver. Switch off the mobile phone, get plenty of rest and focus on the tasks ahead.

Be the first to start the conversation. 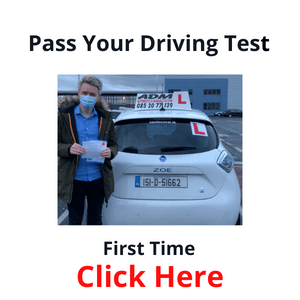